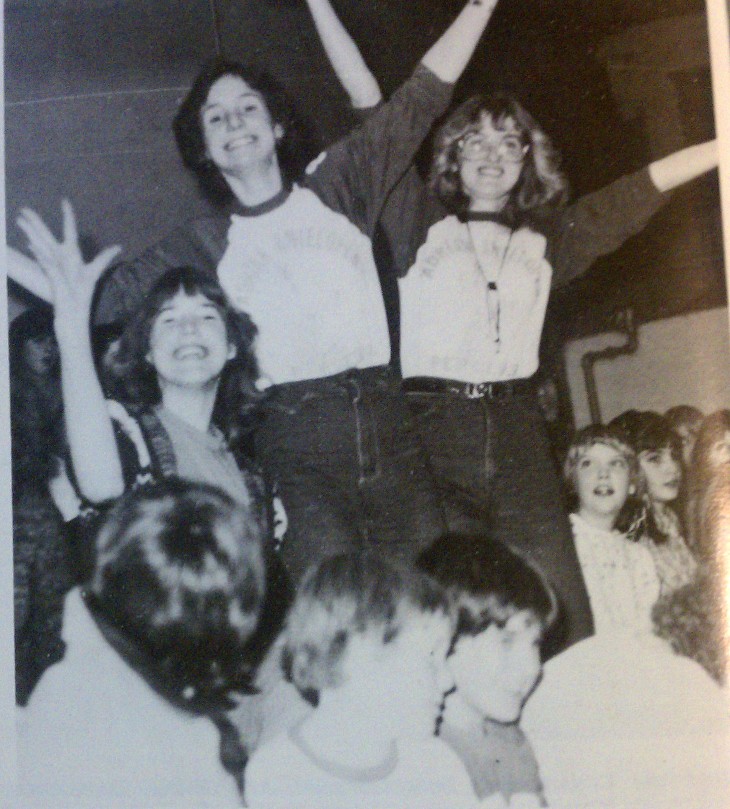 Recently, a friend shared with me a blog post called 10 Ridiculous Things that Happen at Small Town High Schools. I read it, and while there were several things that resonated, in other cases, I thought, “that’s not a small town, that’s a big town!” I graduated with 14 other students (and one exchange student), and ours was not the smallest class in the region. I had a friend who was one of five graduating that year. To be clear, that wasn’t just the number of kids graduating, and the hundred or so who didn’t graduate aren’t included – that was the number of kids who spent senior year with their peers. The number who actually had a signed diploma, we weren’t informed.

So, here I give you the points made on the blog post, and my responses.

1. You graduate with the exact same people you met on the first day of kindergarten. Small towns tend to be insular places, which means–at the risk of sounding dramatic–few new people come in, and no one ever leaves. Your class roster doesn’t change much in 12 years (which is why the arrival of a “new kid” is such a momentous event), and it’s not uncommon to go to prom with the kid who barfed on you in second grade.

This is more-or-less true. Early in senior year, the yearbook staff takes a photo called “13 years together.” This, obviously, is of the kids who started at school in kindergarten, and were still there. Committed parents, obvs. In my case, we had to take a test before kindergarten, and if we already knew our ABCs and how to count to 10, we were out. The kindergarten at my school was paid for by a grant which was more-or-less ESL – it was intended to teach migrant children things they’d need to know to succeed in America. So, my mom and another mom took turns driving me and two boys to a private kindergarten in a nearby town. Technically, I graduated with two people I went to kindergarten with. If you go by first grade, there were a number of people who moved in, then moved out over the years, but there was one core group of students, until some crazy gold rush in Colorado, which stole half of the boys in my class, since their parents decided to move and try to take advantage. We finished with five boys and 11 girls; one of whom was an exchange student. And we rocked. 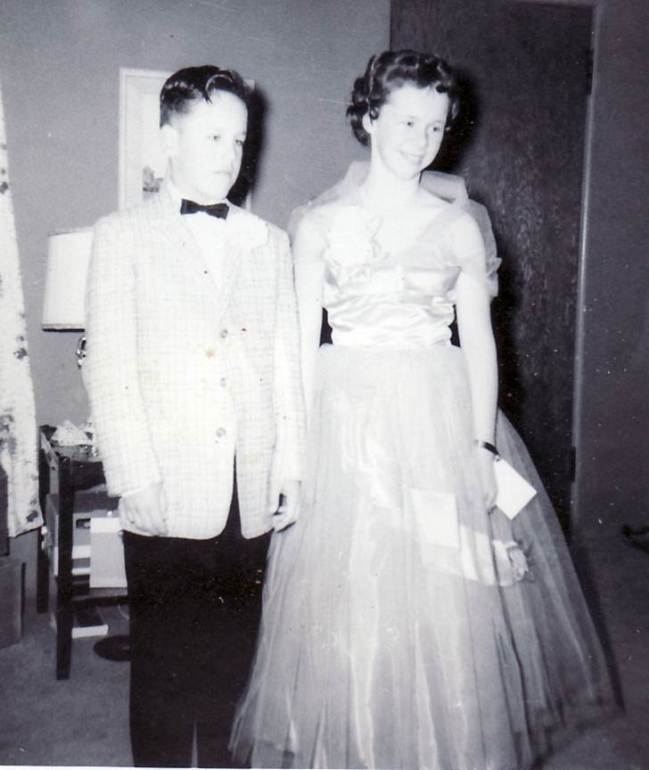 2. Half the people in your class have the same last name. And at least three-quarters of the class are cousins. In fact, the yearbook might be more accurately titled “the family tree.”

Nope. None of us had the same last name, and none of us was related. We were the in-between class, because the one before us and the one after us totally fit that description. We, however, were beyond your incestuous accusations. Beginning the year after I graduated, and for several years thereafter, when I called the school and said, “Hi, Aunt Irma, can I talk to Mom?” – that’s pretty irrelevant. We were talking about the graduating class, not the staff.

3. The FFA wields an impressive amount of power and popularity. Whether or not your family actually lived anywhere near a farm, it was a smart move to join the Future Farmers of America. 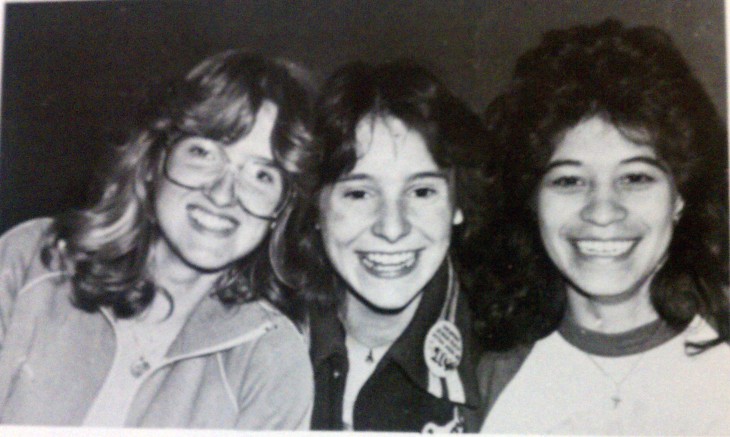 Yeah. The FFA. I think I was a senior when they started letting girls in, and those girls ruled the world. The boys, though? Meh. The person who wrote this post is likely at least five years younger than I am.

4. Eighth grade promotion is as lavish as many college graduations. I will never forget the time my friend Laila and I were discussing the details of our 8th grade promotion dresses and hairstyles in front of our friend Lydia, who went to a big school in the city. “What is 8th grade promotion?” she asked, and we were both stunned. “It’s when you graduate from middle school and you buy an expensive gown and get your hair done and walk down the aisle and get a diploma,” we explained. Lydia was totally perplexed. “Who cares about 8th grade?” she asked. People in small towns, that’s who. I got rid of my college graduation gown, but you betcha my promotion dress is still hanging in my closet.

There was no 8th grade promotion ceremony (for me, or for my daughter, at the same school, 22 years later). We had a “dance,” which was one of three middle school dances, where the chips and cookies were not plentiful, and chairs were set up on the west side of the cafeteria for the girls, and the east side for the boys. Never the twain shall meet. 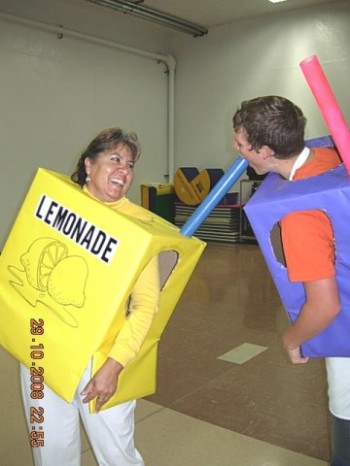 5. “The woods” is a perfectly normal location for a party. Want to get drunk and shoot guns and make out? So does everyone else! Meet us in the forest half a mile off the highway–take a left at the big rock.

The woods. That’s cute. How about the rattlesnake-infested, desert hills. I assume that’s where the parties were held. I wasn’t invited. If they were in the woods, I doubt kids would have made it back for school the next day, since it took us about three hours to get to anything remotely like “woods.”

6. Line dancing is part of the Physical Education curriculum. Forget yoga and archery, when it’s time for PE, you put on your crusty uniform and line up in the gym to do the grapevine to the “Watermelon Crawl.” And trust me: when you’re 26 and go on a road trip and find yourself in a rural dive bar with a juke box, these skills will come in handy.

Line dancing, no. Square dancing, yes. Also, there’s a story in there about how I put my head through the windshield of a VW Beetle during a square dancing class, but this may not be the time and/or place. Plus, what’s the “Watermelon Crawl?”

7. Getting stuck behind a tractor is a perfectly good excuse for being tardy. Driving a tractor to school is an even better excuse (“I tried to get here in time for the test, but my combine tops out at 26 MPH.”)

Completely true. Also, if you have a gun in your truck (for hunting after school), please park in the church parking lot across the street, because guns aren’t allowed on campus. The “stuck behind a tractor” excuse also works if you’re late for work, as does, “got behind a school bus.” 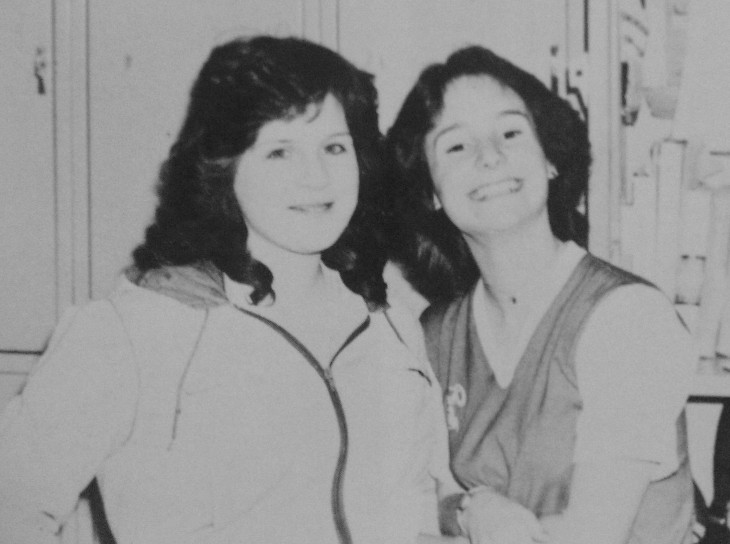 8. The football coach is also your history teacher and the librarian is also the lunch lady. Teachers at small schools have to wear many hats. Some of those hats are not necessarily supposed to be worn simultaneously, but whatever.

True. Also, you’re probably related to one or both (hi, Mom!) But, when you go to another school, the history teacher and lunch lady will be the softball umpires. Their experience at softball is, well, they’ve heard of it.

9. If you have older siblings, your reputations begins wherever theirs left off. Here’s how it works: on the first day of class, the teacher is doing roll call and they get to your last name and pause. They look up and say, “Any relation to (older sibling’s name)?,” you say yes, and then the teacher will either inform you that your sibling is a perfect human specimen you can never live up to, or sigh dramatically and mutter, “Oh good, another one.” Upperclassmen will also make sure you inherit any of your sibling’s nicknames.

Ugh. This should read “siblings or cousins.” In 8th grade, I had a teacher who called me “Reg-Kath-Jul-Angie.” Unfortunately, Reg and Kath were valedictorians. Fortunately, Jul was a huge troublemaker, so I seemed like an innocent bystander in comparison (hey, Julie!). Also, the teacher doesn’t pause to ask if you’re related. S/he knows exactly who you are and who you’re related to. I like to think my awesomeness worked in my younger brothers’ behalf. The nickname thing? Also works on teachers. One teacher, faced with her fifth Sillonis, called my sister (one year older) “Sillonis,” and me, “Little Sillonis.” Others were more creative. Salamihead comes to mind.

10. Senior pranks often involve farm animals and/or manure. Both are so plentiful, it just makes good sense to utilize them, you know?

No such thing as a senior prank, or a senior skip day. Things went bad a few years ago, so anyone who participates in such things gets to spend the week after graduation sitting in a classroom. And really, those things are so common. Do you have no imagination? Regular, non-senior pranks have to be far more creative than that. What are we, FFA members?

5 thoughts on “Small Town is Relative”

What do you think? Cancel reply