My sweet little hometown has a variety of events for the 4th of July, including a walking horse race (if your horse breaks stride, you’re disqualified), a parade, which includes kids on bikes and kids in their little plastic cars, and a duck race on the Snake River. My favorite photo from yesterday’s events is this one.

The other night, I was at a basketball game, and watched a little girl wearing cowboy boots playing a version of hopscotch on some squares that had been painted on the floor.

A few nights later, at a work event, I spotted two little girls waiting patiently for their mom and brother to finish getting the assistance they came for.

I later asked them if I could take a picture of their boots, and they posed prettily. I prefer the unposed version.

One of my favorite things about returning home to Eastern Oregon is having the ability to root the local kids on in their sporting and cultural activities. Before I left, I (with my camera) was a fixture at the local schools’ events, and kids knew to check my Facebook page before the night was over, in hopes of catching a glimpse of themselves in action. More than four years away, though, has caused my list of followers to dwindle, and has made my trigger finger slightly less reliable. It also has made it so, since missing them grow up, I know very few of the kids anymore. I’ll get there, but these days, it seems I know the referees better than the players. Over the past month, I’ve shot several basketball games, and, in the spirit of getting back to my blog, thought I’d share some of my favorites. 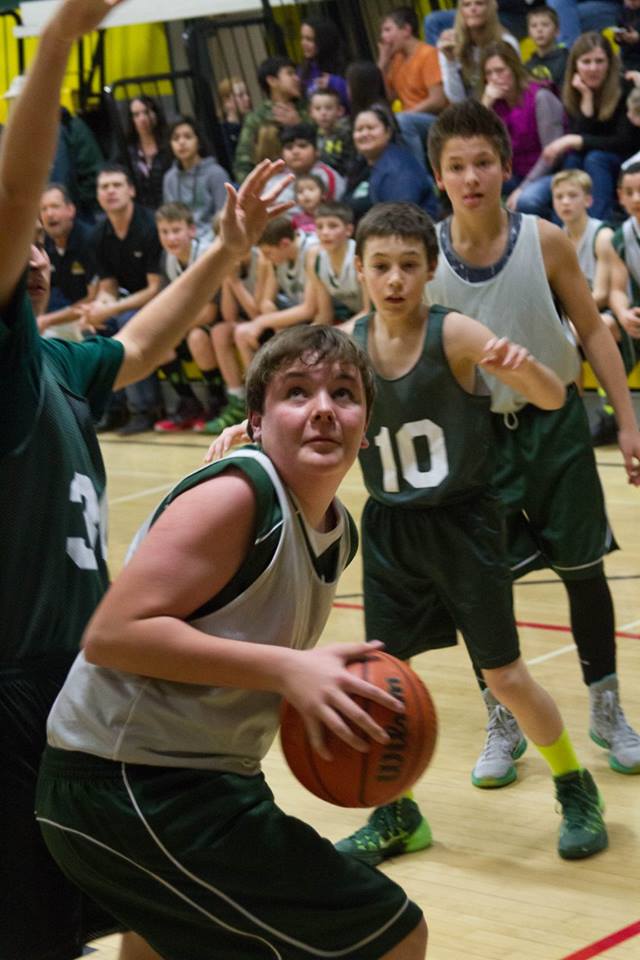 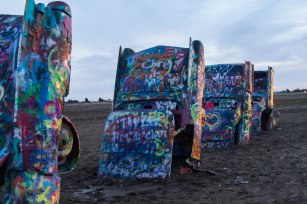 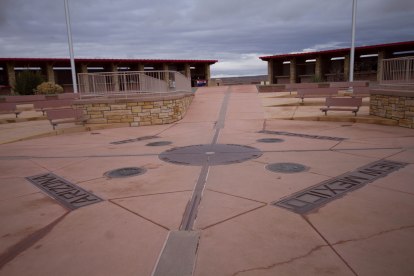 In early October, Hubby announce it was time for us to leave Massachusetts and move back home to Oregon. Since we were using ABS to move (you pack the truck, they drive it, you unpack), I decided to drive across the country so my car would be with me. I asked my sister if she wanted to come along on the trip, and we agreed that, due to our schedules, the trip would take place in early December. We agreed to take a southerly route, both to avoid snow, and because neither of us had been to many southern states, so we agreed to “check them off our lists.”

Dec. 5, after packing the truck, we left Quincy, driving south through Rhode Island, Connecticut, New York, New Jersey and we stopped for the night in Delaware. It was dark for much of the trip, and we didn’t make any stops, other than for fuel and food. No pictures were made that day. 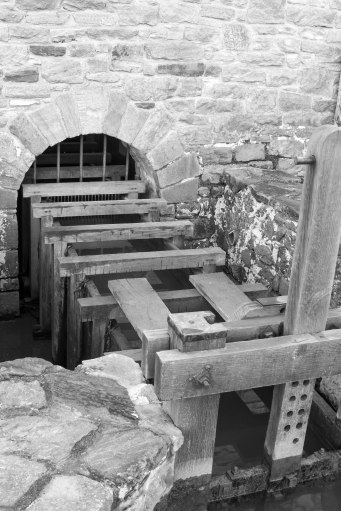 The following day, we continued south, driving through Maryland and Virginia, and on to West Virginia. In Virginia, we stopped at Mt. Vernon, then, on our way to James Madison’s Montpelier, we were stopped by road blocks in the town of Orange. They were having a Christmas parade. We stopped to watch and photograph the parade. I, naturally, had left my jackets at the house in Massachusetts, so we were in shirtsleeves for this dusk parade. The cooler the evening became, the more people in this small town commented that we needed jackets. Many of them were wearing full winter gear, including gloves and scarves. We thoroughly enjoyed ourselves, especially when Santa, bringing up the rear of the parade, yelled to us, “You need to ask Santa for coats!”

After the parade, we got back into the car and headed to West Virginia (to “check it off the list). Got there in full darkness, so sadly, we were not able to see anything of the state. Then, we turned around and headed back to Virginia to sleep.

In the morning, we left Virginia, drove through a corner of Tennessee, then on to North Carolina. We spent quite a bit of time in Asheville, visiting the Basilica of St. Lawrence, and the Biltmore.

On to South Carolina, then a westward turn through Georgia (where we both experienced Waffle House for the first time) and on to Alabama where we detoured to see Talladega racetrack. We were alone on the tour, and enjoyed trying to decipher our guide’s words through his heavy accent. 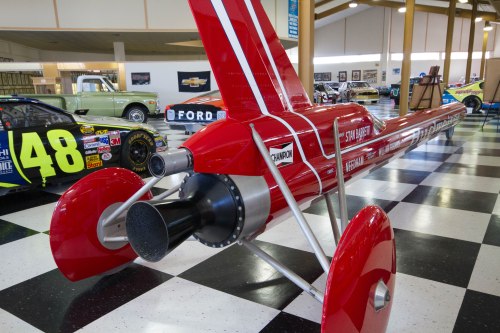 From there, on to Mississippi, where a woman at the state Visitor’s Center gave us a recommendation for a restaurant, as well as a coupon for 10 percent off our meal. By this time, we had decided to try local foods, and since Julie had read about Comeback Sauce, we ordered an appetizer of fried green tomatoes, which came with Comeback Sauce. We’re both in love with both items. How did we not know of this before?

From there to Louisiana, where we again got a great restaurant recommendation at a Visitor’s Center. This one came with a coupon for free bread pudding. Once again stepping outside our comfort zone, and jumping on board the “local food” train, we tried alligator. It truly did taste like rubbery chicken, and it’s not something I need to experience again. Then, we split a Cajun chicken sandwich. Delicious! Neither of us loves bread pudding, but we split one (because it was free) and enjoyed it immensely. So good! We also split an order of Beignets (which we couldn’t finish) and when they rolled us out of there, we had a second bread pudding and half the Beignets in take-out bags to give to our hostess for the evening. From Louisiana, we headed north to Arkansas, and Texarcana, because Julie wanted to do the “two states” thing, before heading back to Dallas to visit one of my old college friends, and Fort Worth to stay with a relative of my sister’s husband.

Once we left Fort Worth, we headed to Oklahoma, where we met up with Route 66. Visited the Route 66 Museum, then the route took us back to Texas, and Cadillac Ranch.

Having been raised in Adrian, Oregon, we were happy to spend time in Adrian, Texas, the mid-point of Route 66. We spoke with a delightful woman at a convenience store, and shared tidbits about our two Adrians. 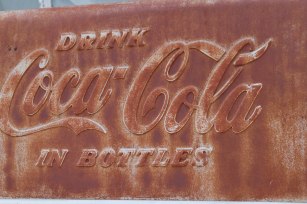 From there, we entered New Mexico, where we visited Tucumcari, a cute little town with murals painted on buildings, celebrating Route 66. We also enjoyed some time at Abo Mission, the ruins of an old Spanish mission on Pueblo lands in New Mexico. And our latest restaurant recommendation took us to a Pueblo restaurant in Albuquerque. Not as great as the previous recommendations, but still quite good.

Woke up the next morning in Gallup, NM, to four inches of snow. Our maps showed that it would take 13 hours to get home, and because of predicted storms in Salt Lake (which was about half-way), we decided to power through. Stopped at Four Corners National Monument, and for a few minutes outside Arches National Park, and we managed to avoid further bad weather until we were three hours from home (and it was dark). Made it through that unscathed, and hit home about 1 a.m. on our eighth day of driving.

We drove a total of 4, 192 miles, through 25 states. I have 8 US states yet to see, and Julie has 9 (we also got her Maine and New Hampshire when she was in Mass with us, a few days before departing. She didn’t get into Vermont).

The trip of a lifetime, really, and great for Julie and me to have the opportunity to spend so much time together. The truck arrived six days after we did, and two days after Julie had gone back home to her family. The truck was emptied and taken away, but the boxes remain. I was able to unpack enough to host several family members and friends for Christmas dinner, but now I need to get the half-empty boxes out of our spare bedroom before my friend comes for a visit this weekend.

Next sister trip (which might include a couple cousins): the Dakotas. Spring, I’m thinking.

Every year, the streets of Somerville, Mass., are filled with revelers celebrating Fluff, the marshmallow cream product invented in the city. This year, we were there to document some of the fun.

Fluff Jousting wasn’t as sticky as it was the last time we watched.

Listening to a brass band. 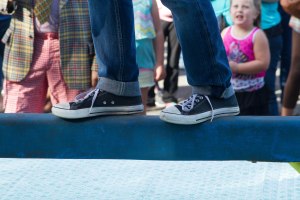 An entry in the fluff cooking contest.

Thanks for visiting. If you want to see any of the images larger, click on the image.