Saturday, most of Boston turned out to watch the Red Sox’ victory parade through town. In this post, I’ll show images of the team and duck boats – later I’ll have a post with photos of some of the more colorful fans out celebrating.

I’m from Oregon, so of course, the gallery must start with Oregon native and Oregon State University alum Jacoby Ellsbury. Looking right at me, obviously. Probably admiring my Oregon State hoodie. I’m not sure what those other people were thinking, wearing red and blue.

One of the team owners (someone near me said it was Tom Werner, but I can’t be responsible if that’s incorrect) holding the championship trophy, and at right is Officer Steve Horgan, made famous by this photo, and re-enacting the moment at which he earned his 15 minutes of fame.

Catcher Jarrod Saltalamacchia and his daughter. 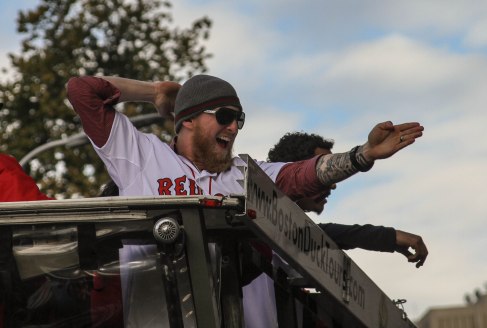 David “Big Papi” Ortiz, with confetti raining down, rapping from the back of a truck.

Shane Victorino, admiring the hardware from a previous season.

You may have heard there was a parade today in Boston. You’re probably expecting me to post a bunch of pictures of baseball players riding along a parade route, waving to millions of people. Don’t worry, that’ll come. For now, though, an image from after the parade. 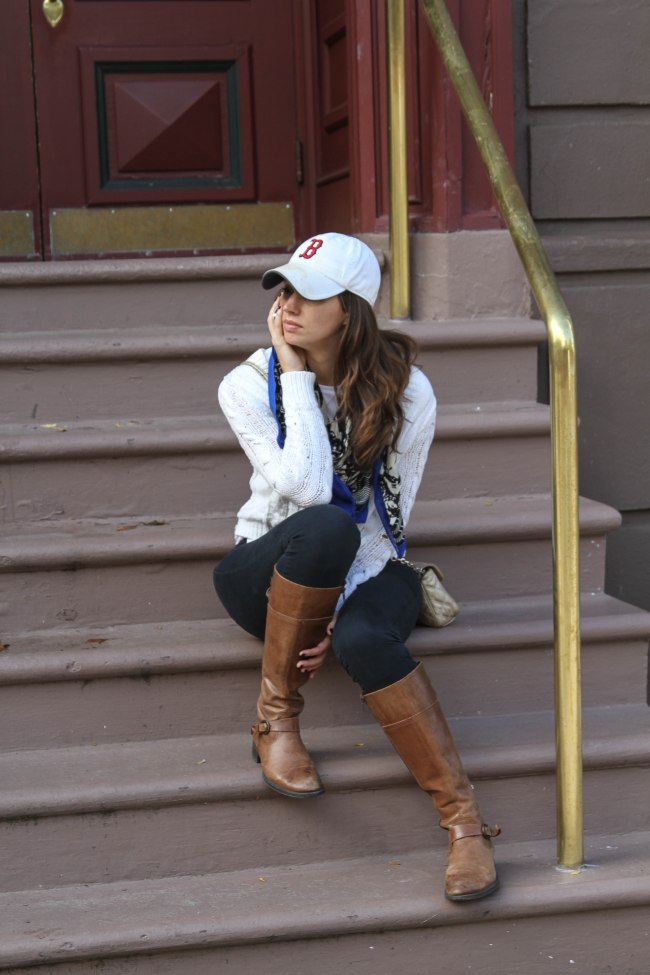 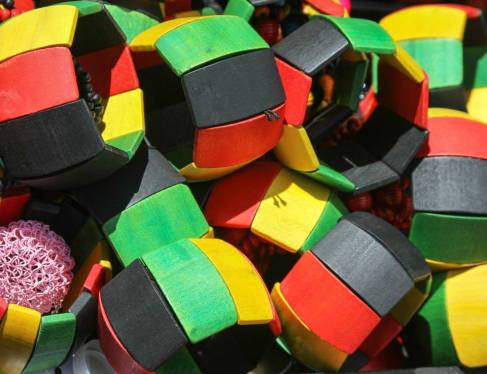 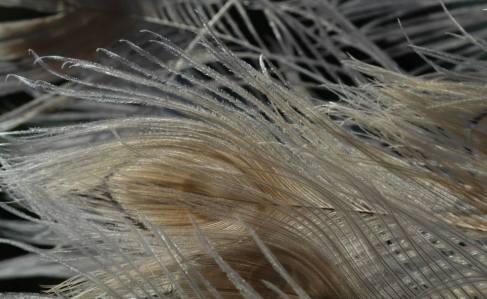 Last year, we attended the Caribbean Carnival in Mattapan, and had so much fun, we went back this year. Here are a few images from Saturday’s parade. 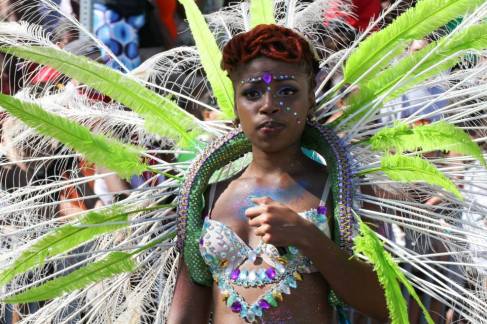 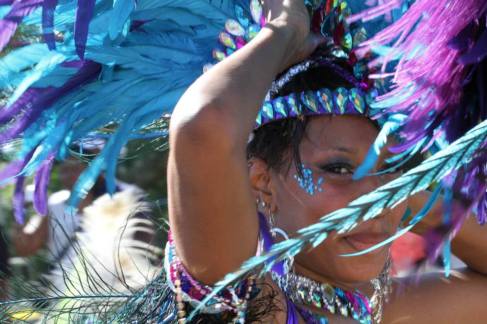 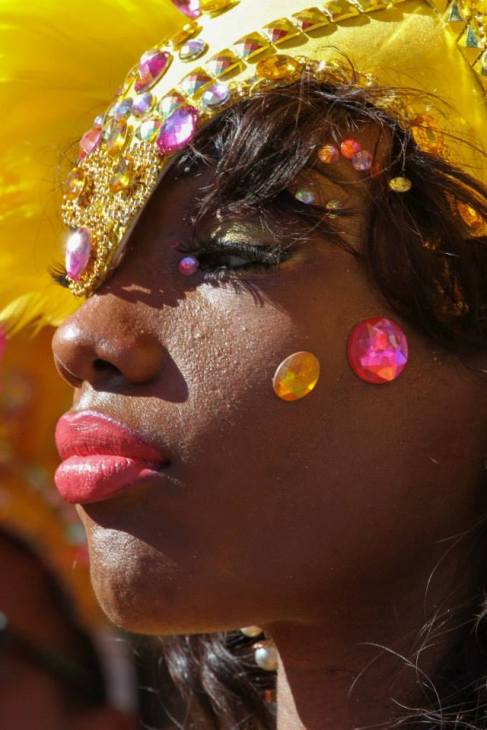 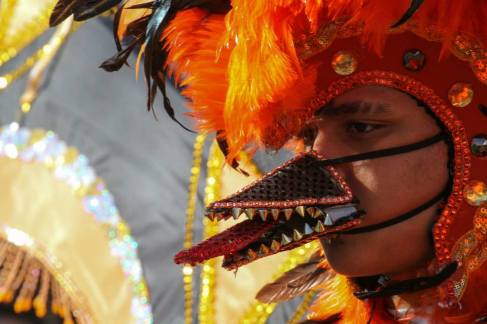 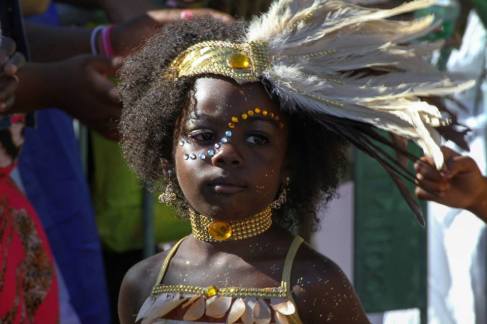 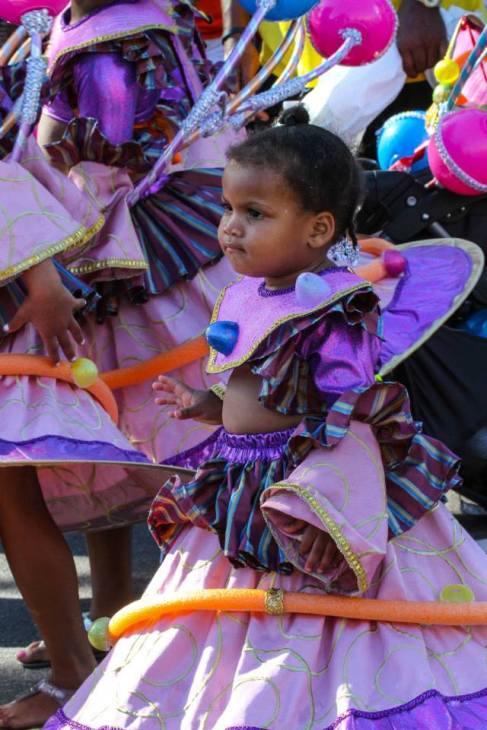 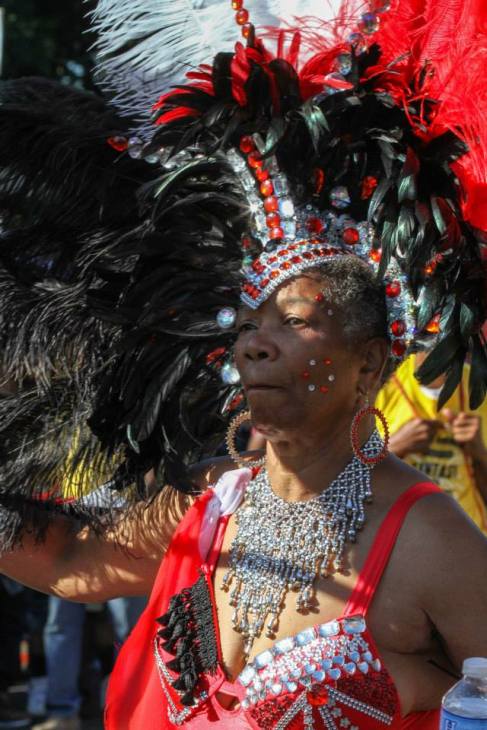 There’s an annual tradition in Boston called the Duckling Parade, which is led by the Harvard Marching Band, and boasts hundreds of children in various states of duckling-like dress. The parade ends at the Make Way for Ducklings statue in the Public Garden, with kids lining up to take their turn sitting on the various ducklings and having their photos taken. We missed it last year, and were afraid the rain would put a damper on today’s festivities, but the rain stopped about an hour before the parade, and held off for the rest of the day. I encourage anyone who is near Boston on future Mother’s Days to stop by and take a peek. 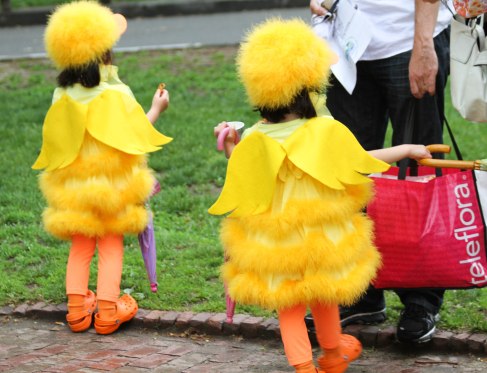 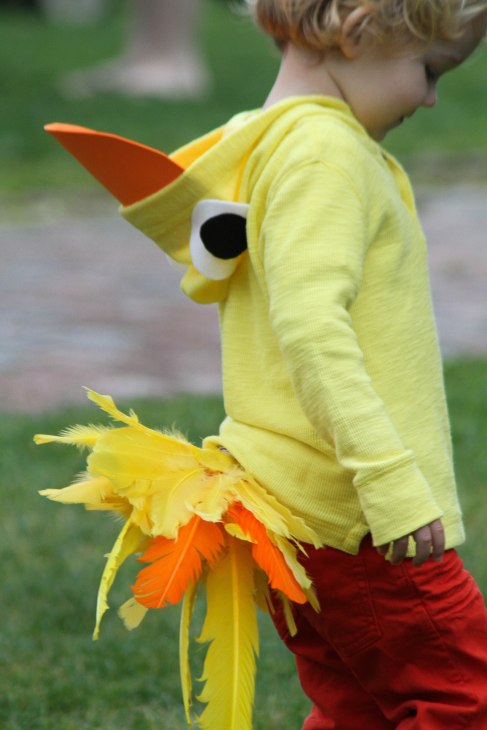 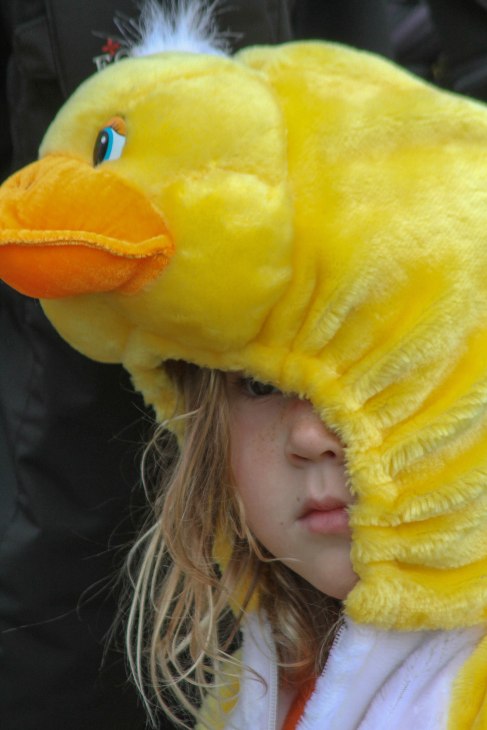 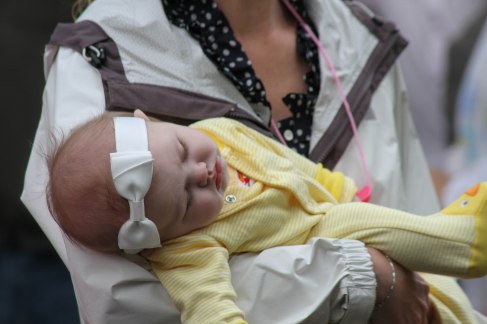 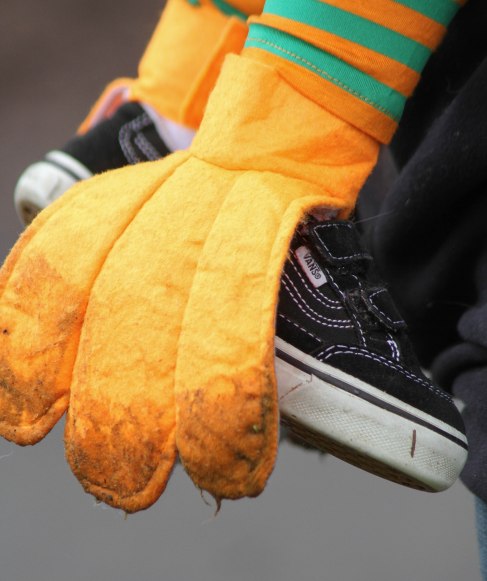