Our challenge this week is to post photos of signs. One of my favorites. I love shooting signs, as you can see by looking at Sign of the Times category on my blog https://ididitforjohnny.wordpress.com/category/sign-of-the-times/. My interpretation of what they mean might not be what the creators envisioned. The photo above, for instance, requires me to add: “Because they bite.”

To get in on the fun, click here http://dailypost.wordpress.com/dp_photo_challenge/signs/ for instructions. 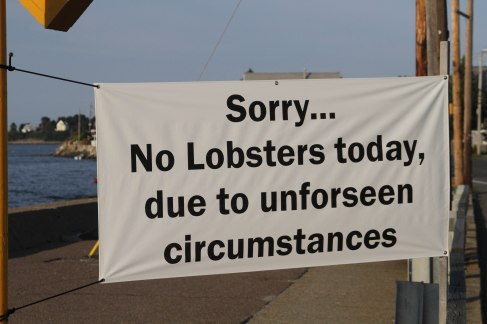 Circumstances must have been at least a little forseen, since you had time to make a sign!

A family in our neighborhood sells live lobsters from the back of their truck several days a week. This is how they let everyone know they won’t be selling the lobsters.

This week’s Word Press photo challenge is “signs.” Regular readers of my blog will recognize that this challenge is right up my alley. If you look in my category archives for “Sign of the Times,” you’ll see several posts showing signs that are funny, odd, misspelled, or confusing.

Today, though, I’m going to share the first sign I ever photographed (technically, my daughter photographed it for me when she was in fourth grade, because I thought her teacher would be suspicious if I took the photo, but would be less so if a kid did it). This was on the wall above a metal basket, into which the teacher placed graded papers. Naturally, she was intending the sign to be a prompt to the students to feel free to deliver the graded papers to their classmates. I, naturally, read it a different way.

Have you seen any funny signs? Want to play along? Feeling alarmed? Head over to Word Press and follow the instructions. It’s easy, and it’s fun.

Anyone who reads my blog knows I love signs – particularly the odd/ironic/grammatically incorrect kind. So, I was very happy to see Ailsa’s Travel Theme this week. I’m a bit late to the party, but I have much to contribute! Ailsa came up with the idea during one of several cross-country trips recently, as she moved from New York to Seattle. Just a year ago, I was making a very similar move in the opposite direction – Eastern Oregon to New York. It’s a vast country we have here, and there are a lot of funny signs. I have too many for one post but these are my favorites from that cross-country drive. I will apologize in advance for the quality of some of them – most were taken from behind the buggy windshield of a 26-foot Penske truck!

What Cheer. Is that sarcasm, or are they serious? Should we go there and find out, or is this a ploy to lure us in so the zombies can murder us and eat our brains? 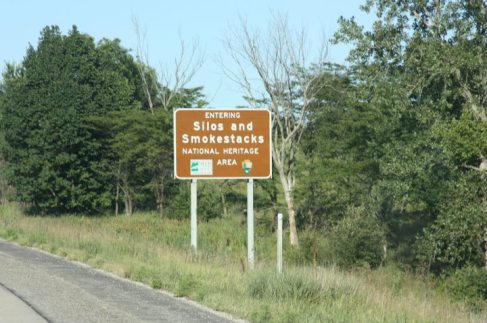 I love that there’s a National Heritage Area dedicated to silos and smokestacks. And it’s not even in Detroit! Some Congressman earned his salary making this happen.

In case your mother forgot to warn you.

I very much regret not having my camera at the ready when we entered Wyoming and saw the sign proclaiming “Fireworks and Liquor Store.” Sooo many possibilities for destruction. The sign above allows for fewer possibilities, but with dedication, we can make it happen.

I realize that in the midwest, cornhole tournaments are A Thing, but that doesn’t make middle-school-me giggle any less.

Chagrin Boulevard is three-quarters of a mile away, but if you take the exit, you may regret it. 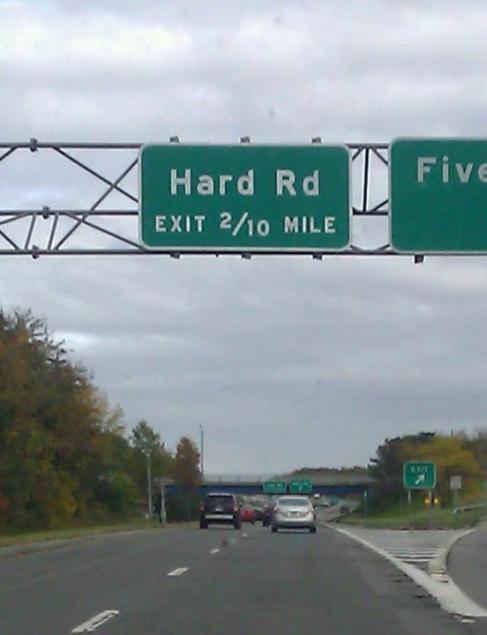 Most of these photos were taken in the Nebraska/Iowa/Indiana/Ohio area; Hard Road is outside Rochester, NY. Next time I move across the country, I’ll take better notes with my sign photos, I promise.

What silly signs have you seen? Do you have pictures to share?

You can’t make this stuff up.